Yay, I've achieved a significant goal in my GSoC project to rewrite MTP (Android) support in Amarok from scratch. Yes, it is the ability to fully manage tracks on your MTP devices. 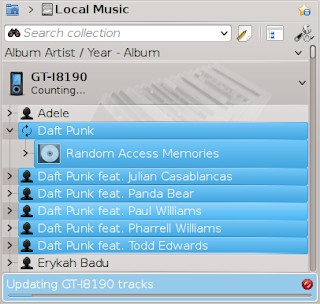 What's next:
You can view and test my code by checking out gsoc branch of my personal Amarok clone repository.
Tags:  Amarok   GSoC   KDE